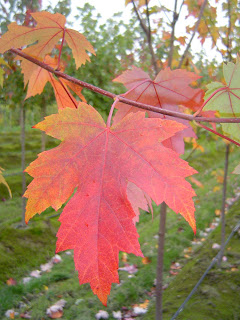 I can't believe it's fall already! Where has this year gone?

I live in the semi-arid desert region of eastern Washington state. Our climate is typically pretty dry, but it's been raining off and on for the past week. In fact, we've had more rain this year than usual and we have actually found slugs in our yard the last couple days. That's very odd and something I've never seen before. I have no idea where they came from, but there they are. Good grief!

We don't have many trees in our area, except for those we plant ... like the autumn blaze maple we put in our yard two years ago (the picture above is what the leaves look like in the fall). Most of the trees in our town turn yellow, so I wanted one that offered some red color to our yard and this was a great choice.

Autumn means lots of things to different people. For me, it's colder days and frosty nights, Halloween and Thanksgiving.

It also means more time to read, especially since it's usually too chilly to be outside. And with the extra rain lately, I certainly plan to stay indoors!

So, I hope to get caught up on my reading, which means more reviews here at Reading Frenzy. Plus, there are some blog tours I'll be taking part in, so that should be fun! I'll be looking forward to your comments.
Posted by LuAnn at 10:13 AM 2 comments:

Labels: a note from me, autumn 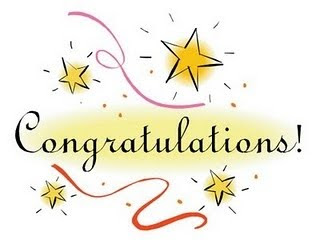 I'm so far behind in announcing the winners of my last two book giveaways. I apologize for that. So, without further ado, the winners are:


The Quick and the Thread:
LINDA
My Lost Daughter:
GEORGIA
Please send me your snail mail addresses so I can get your books sent out. Also, for those who won previous drawings, I haven't forgotten about you and your books will be on the way soon.
Posted by LuAnn at 9:58 AM 2 comments:

Welcome to the PR by the Book blog tour for New York Times bestselling author Nancy Taylor Rosenberg to promote her new novel "My Lost Daughter."
Following her success with "The Cheater," the edgy thriller about a female, adulterer-hunting serial killer, Rosenberg returns with her most beloved character -- tough judge Lily Forrester.
About the author: 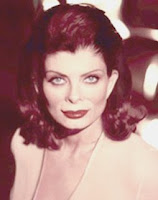 Nancy spent 14 years in law enforcement, working for the Dallas Police Department, the New Mexico State Police, the Ventura Police and the Ventura County Probation Department as a superior court investigator.
In 1993, she published her first novel "Mitigating Circumstances," which was an immediate success. Not only was it a New York Times bestseller, the film rights were purchased by Tri-Star Films.
She went on to right many more novels that also appeared on the New York Times bestseller list.
In 1995, she was voted Woman of Excellence by the Orange County Learning for Life program. She has developed a writing program, Voices of Tomorrow, which targets inner city youths, that has received national attention.
About the book:

Lily is a hard-as-nails judge in Ventura County, CA, a crusader to help those who can’t help themselves.  A sensational murder trial of a woman who tortured and killed her beautiful two-year old son makes her hungry to see justice done – until her own child throws her for a loop. Her daughter, Shana, months away from graduating from Stanford Law School, is on the verge of dropping out.

Lily rushes north to check on Shana, and sees her apartment in disarray and her appearance disheveled.  When Lily asks her daughter basic questions like, “what happened to the money I sent to pay bills?” Shana snaps at her that everything has been paid for, and that Lily should leave her alone.

Lily fears the worst for her daughter: Drugs? Does she need help, but refuses to ask for it? Lily immediately checks Shana into a treatment facility – and that's where the worst of her fears are realized.

Back home and grappling with the torture case, Lily calls Shana, but can't reach her. She tries again. Someone is stopping her calls, but who?

After days of increasingly urgent calls, Lily learns the shocking truth: her daughter is being physically abused at the facility, given mind-deadening drugs, and being locked in a padded cell for hours without food or water.

Lily will have to summon all her intelligence and street smarts to find a way to free Shana. But she will have to work fast — a sociopath who has become obsessed with Shana is hiding at the facility.
My review of "My Lost Daughter:"
This book is definitely a keeper. It's an absolutely intriguing story and one I had trouble putting down.
The characters are well-developed and the writing is crisp and clean. The story line is fascinating and it's obvious Rosenberg did her research.

I was hooked on this book from the first page. I had taken it along on a camping trip and I was halfway through it by the end of the first day.

There is so much more I could tell you about this book, which hits the shelves this fall, but I really want you to read it yourself. I'm giving this story 5 books because it rates as one of my favorites that I've read this year.

The giveaway:
I hadn't read any of this author's writing before and I'm so happy to participate in this blog tour. She could very easily become one of my favorites and I know you will feel the same way. To prove it, I'm giving away two copies of "My Lost Daughter" to two people who comment on this post between now and Sunday (Sept. 19).
Just answer this simple question: Who is your favorite author?
Posted by LuAnn at 9:27 AM 2 comments:

In Our Quiet Village

From the back of the book:
“On a stifling August night in 1906, Karl Bauer fired two shots at his second wife. His sixteen-year-old daughter Minna struggled to wrest the revolver from his hands and the shots went wild. Her father, believing that he had murdered, turned the gun on himself. He died. This true event serves as the fulcrum for the story. At ninety, Minna reveals this shameful secret to her own daughter, laying bare the mysterious pent-up anger between them. The story traces the lives of three generations marked by the impact of this violent act.”
Mary Lou Chayes weaves an incredible tale of love, hate, abuse, murder and redemption that pulls the reader into the book from the very beginning. Knowing this murder has occurred, it becomes almost a mission to discover what events led up to it and what happened after.
Karl Bauer immigrated to America with his uncle and cousin. He falls deeply in love with a beautiful young woman and begins a wonderful life with her. They truly love each other and have plans for a long and happy future together. When their children are born, they become determined to offer them a successful life, as well.
After Susanna dies of pneumonia, Karl’s dreams are shattered. He retreats into himself … to the neglect of his son and daughter. When a distant cousin arrives on the scene to take care of them, he is so grateful that he decides to marry her. However, it turns out the woman has some severe mental issues and their life becomes a living hell.
Based on actual events, this fictional account is absolutely fascinating. It demonstrates how someone can end up in a deadly spiral and the consequences that can result.
Chayes could have written this as a memoir, but I think she made a wise decision to, instead, create a fictional tale based on fact. It made the story more readable and gave her the opportunity to bring in some creative dialogue between the characters.
Aside from the story itself, the book also brings to light some of the issues those arriving in America at the turn of the 20th century had to face, such as discrimination, poverty and employers who could easily take advantage of them.
This is a great piece of literature and I think you’ll enjoy it.

It's been quite a busy week for me and I feel like I've neglected my blog posts. Fortunately, I have a few minutes while hubby is cooking breakfast to post my Friday Fill-Ins. So enjoy and ... here we go!

1. Family is the most important thing to me.

2. Babies love rocking back and forth.

3. I love a good book while I'm relaxing.

5. I've got the idea for writing a book, but I never have the time to begin.

7. And as for the weekend, tonight I'm looking forward to seeing my grandson, tomorrow my plans include getting some work done on my car and Sunday, I want to go to the fair!
Posted by LuAnn at 8:38 AM No comments: