What do you plan for the coming new year? My goal is to read at least 50 books in 2021, as well as work my hardest to bring this blog back up to date.

Strangely, I used to love working on this blog each week. When I went back to work several years ago, it fell by the wayside. But that is about to change.

For those of you who are still following my blog (although I don't know why), you should enjoy some new posts. These will include, of course, lots of book reviews, along with my thoughts on reading. So keep checking back as this thing gets back up and running!

I'm so excited about this holiday season! Now that it's December, I will be posting a variety of reviews for holiday reads (along with my usual reviews), so come back often for a visit. Share your thoughts in the comments box and I may have few surprises for my loyal followers along the way. Reviews start this week, so stay tuned!
Posted by LuAnn at 12:07 PM 1 comment:

Labels: a note from me, holidays 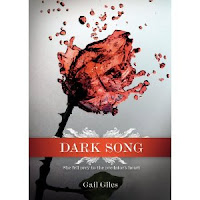 By Gail Giles
From the back of the book:
Marc said he heard that darkness when he creeped houses, when he stood over people while they slept. The song the predator’s heart sings when it hears the heart of the prey.
Ames is not the person she was a few months ago. Her father lost his job, and her family is crumbling apart. No more private school, cushy mansions, or best friend to hang with … now, all she has is Marc.
Marc, who loves her more than anything. Marc, who is so obsessed with his gun collection. Marc, who won’t let anyone stand in his way where Ames is concerned—especially her parents. Mom and Dad, role models of lies and self-absorption, aren’t exactly innocent … but is Ames prepared to commit the ultimate betrayal against them?
Just my opinion:
Written for young adults, this story describes what happens when family situations go horribly wrong. Here’s a father who loses his job for embezzling funds, a mother who is often emotionally distant, a spoiled teenage girl who is on the verge of rebellion and a younger daughter who is being groomed to act just like her older sister someday.
Ames is the consummate spoiled teen. She’s always been given everything she wants and expects that. Raised in an upper-class neighborhood with like-minded friends at a private school, she is so self-absorbed that she can’t understand when her father is suddenly without a job and they have to find a way to cope with no money. No, she won’t give up her cell phone or her $50 a month iTunes budget. She also still expects to have all the clothes she’s used to.
Matters only get worse when they have to sell the “extras” they have accumulated just to put food on the table and pay the bills. Plus, her mother is so angry at Ames’ father for the situation they are now in that she further distances herself from her children.
Nightly arguments soon become the norm and Ames is shocked when her father comes close to striking her for talking back.
The only solution seems to be uprooting the family and moving from Boulder, Colorado, to Texas where Ames’ grandparents – who she didn’t know existed – live. They are landlords for a series of low-income houses that are in poor condition and have agreed to let them stay in one and fix it up to pay the rent. Unfortunately, they also have a serious grudge against their son, who stole from them and disappeared with the money.
Ames meets Marc and falls head-over-heels in love. Yet, Marc has his own set of issues. He’s 23, violent and attracted to young teen girls, such as Ames, who is only 15. He worms her way into her heart and he offers her the ultimate solution to her family problems.
This is a very well-written book that could potentially open the eyes of young girls who are also on the verge of striking out against their parents, whether physically or verbally. As you read the words on these pages, you can see the results of Ames attitude and you hope you never sounded like that with your own mother or father. It’s quite a story and one both teens and parents will get something out of.
My favorite passage from the book:
Were we all born smart and then learn to be stupid? Do we lost our honesty when we lose our innocence?
Posted by LuAnn at 11:12 AM No comments:

From the back of the book:
Emily Sue (Harvey) delivers us a deeply moving story of a family on the brink. Dan and Deede Stowe have worked for year, planning and saving for their idyllic retirement years. Just when they finally are about to realize their dream, their adult, recovering drug-addict daughter, Faith, moves back in with them and everything changes. Their “miracle child,” complete with druggie baggage, upsets the tranquil balance of the Stowes’s existence. Private romantic moments evaporate. Faith’s endless needs intrude hour by hour, devouring their finances, their emotions, and most crucially, their space. In turn, Faith finds herself bereft of everything she cherished most: her health, her marriage, her child, her family, her reputation and, most of all, a space to call her own.

About the author:
Emily Sue Harvey, author and speaker, writes to make a difference. She is a past president of the Southeastern Writers Association and has contributed to several volumes in the bestselling Chicken Soup and Chocolate for Women series. She has also published articles in multiple women’s magazines, websites and other anthologies.

She is the author of the novels Song of Renewal and Homefires, as well as the novella Flavors. Her new novel Spaces will be followed by another novel (Unto these Hills) later in 2011. To find out more about Emily, visit www.renewalstories.com or www.emilysueharvey.com.
Just my opinion:
This is a book that will definitely grip your heart. Here is a happily married couple who are looking forward to the golden years. They’ve spent years planning for it and everything seems to be going according to that plan until their grown daughter returns home – complete with a number of issues revolving around her drug addictions. Between her lies and stealing from them, as well as the court and rehabilitation costs, the couple watches their life savings begin to disappear. It’s a horrible situation any family could, unfortunately, find themselves in.
Emily Sue Harvey delivers the story with such finesse and understanding. She relates the pain and agony the characters must deal with in a way that takes you right into their hearts. You feel their anger, their frustrations and their sadness as they try to fix what’s gone wrong in their lives.
I’ve been a fan of Emily’s writing for quite a while now. I took part in the Pump Up Your Book Homefires blog tour in June (you can find that review here). And I’ve also read her novella Flavors, so I’m looking forward to her newest novel Unto These Hills when it hits the stands.
Emily certainly has a way of pulling the reader right onto the pages of her stories, often not an easy thing to do for an author. She also shows how a little hope and trusting in God to see you through difficult situations can be an immense help in times of need.
Please check out her books and give them a try. I’m sure you will enjoy them.
For more information about this blog tour, go to the Pump UpYour Book website. For information on purchasing Space, check out this link to Amazon, where it is available in both paperback and Kindle editions
Posted by LuAnn at 12:23 AM No comments: 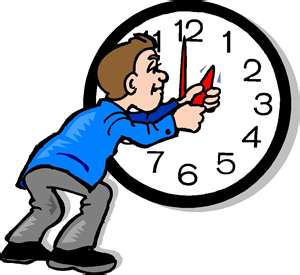 I hope everyone remembered to change their clocks last night before going to bed! It was time to "fall back" an hour. I certainly enjoyed that extra hour of sleep!
Posted by LuAnn at 10:22 AM No comments:

Labels: a note from me

Welcome to the blog tour for the new book Collecting Innocents: The 911 Adbuctions, hosted by the authors themselves. This is the sequel to the novel Cruelty to Innocents, which I read and reviewed in June (that post can be found here).

Ebook description:
Highway travel can be lonely and treacherous. Broken down vehicles litter the Emergency Lane like corpses on a battlefield. What if you were alone with no one to call when you found yourself stranded? Your only companion; your small child sleeping in the back seat. What would you do?
Just my opinion:
Collecting Innocents starts off with the abduction of 4-year-old Moira and her mother Tammy, catching your attention right from the first page. They were driving from Florida to California when their car broke down in Louisiana. Tammy's friend Stacy contacts the police in a panic when Tammy didn't show up in California. Where is she?
A short time later, Tammy's body is found in a swamp. Moira -- and the car -- is still missing. So, Saving Angels, an investigation firm formed in response to a series of abductions that occurred in another part of the country, is called in to help. The finding of Tammy's body is followed soon after by the discovery of another body. All evidence points to a serial killer.


I really enjoy reading the books of these two authors. I've read books written by more than one author in the past and in some, you can definitely tell who wrote which chapter or section. However, these two ladies blend the story together in such a smooth way with good dialogue and descriptions. There's not a lot of overly written explanations, making it a pleasure to read and understand the plot. They stick to the storyline and don't bring in extraneous garble. The plot is interesting and keeps you glued to the page.
I'm so glad CK Webb and DJ Weaver asked me to read Collecting Innocents. It was a pleasure!
For more information about these authors and this series and tour, visit their website. There, you will also find information about the next book Avenging Innocents: The Final Chapter, which I'm also looking forward to reading!
Posted by LuAnn at 9:35 AM 1 comment: